If you’ve followed this blog at all, you are aware that I was involved with social justice in Kuwait over the seven years I lived there.In my experience, good solutions were difficult to craft, and we (those involved) often had to make do with a less-than-ideal response to violence, exploitation, and indentured slavery. Having recently returned to Canada, I didn’t really expect to hear much about the victims of human rights abuses that I worked with while there.

Yesterday, this pitched up in Twitter feed… “Rapist Cop’s Death Penalty Upheld” and I was stunned to read about the conviction of the perpetrator in the worst case I worked on while in Kuwait. That this man has been convicted is stunning; the sentence is astounding. This is but one case of thousands where an expat has been subjected to violence or exploitation by a person in authority. Most often this is employers, but regularly those imbued with power by the State of Kuwait are guilty of these abuses.

The story isn’t exactly accurate (it’s much, much worse) but the basic details are there. I will follow it to its conclusion – there is still an appeal to the Supreme Court.

In the meantime, the victim (my client) remains under confinement in the Embassy, as she has been for the past 15 months while this case worked its way through court. She is the sole support for her pre-school daughter back home, and has had no income in all that time. Her Civil ID was expired because her EMPLOYER had not completed the paperwork on time. (He will suffer no penalties for his part in this mess). My involvement (besides providing trauma therapy) included preparing her to face her attacker in court. Not an easy thing for a wounded young woman, herself from a culture inculcated with (realistic) fear of police and state authority.

Kuwait’s human rights record is appalling. If this conviction is upheld (whatever the sentence), it may signal a shift in dealing with this issue… and that would be a good thing. 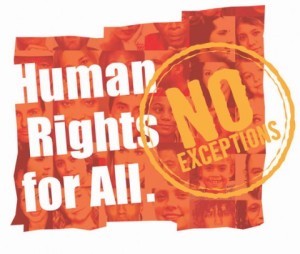