A friend shared this blog post on FB the other day, and as I read it, I found myself agreeing with a lot of the content, but annoyed and finally completely irritated by the tone of the article. Djibouti Jones is accurate in highlighting the issue that tends to cause expats difficulties in foreign lands, but the Mom Voice did me in.

‘Shoulds’ are really terrible things. Unquestioned, unexamined expectations serving to constantly highlight our failure to measure up to a performance standard imposed on us by others. This happens (the imposition) when we are children, but then we continue the practice ~ having internalized these commandments for acceptable performance ~ and consequently, we ‘should’ all over ourselves quite regularly. 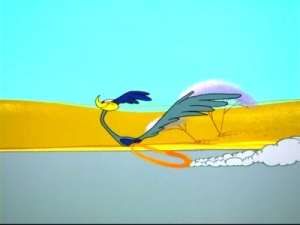 Someone once defined a ‘should’ as an “…action in suspension.” Think about the Roadrunner from the Warner Bros. cartoons on Saturday mornings. He would be racing down the road leaving a flattened, unsuccessful Wile E. Coyote in his dust. Suddenly the screen would freeze with appropriate noise (BOING!) and the Roadrunner would be perfectly in focus while his legs would be blurred (motion in suspension) and we would be introduced to the wily bird in fake Latin. Then, ZOOM! off he’d go again to wait for poor Wile E. to get his next package from Acme.

‘Shoulds’ are the same ~ the mental thought is there but the physical reality is different. We somehow have the ‘should’ mentally framed the same way the Roadrunner was ~ frozen in time, waiting for release, but with no tangible action in reality. This produces guilt, a chronic sense of failure, and an almost constant internal sense of the need to do more.

When I read the post that started this train of thought, the “Mom Voice” came to mind immediately. You know the one ~ that certain tone of voice that everyone recognises for exactly what it is ~parenting~ no matter who uses it. This is not about Freud’s, “If it’s not one thing, it’s your mother,” but rather about how we internalize the family rules and then later struggle to reconcile how we want to live with a foundation already laid. This is most often translated into unrecognized ‘shoulds’ which  form the criteria by which we make decisions, measure our worth, gauge our success, and interact with others. These internalized ‘shoulds’ are harmful to our emotional and psychological health because we unconsciously demand of ourselves that we keep them, not truly comprehending what this costs us. The more rigid the internal construct, the more difficulty the individual has in adapting to anything new. This obviously has a real world, real time impact on the quality of life.

Ironically, a number of the ‘Stop it’ commandments that Rachel lists are actually manifestations of an individual’s ‘shouldy’ construct – i.e. #’s 3, 9, 10, & 16 – and serve as a perfect example of the behaviour of ‘shoulding.’

When a person talks this way in therapy, I ask him/her to stop, go back, and reframe the statement as an “I want to…” or “I choose to…”. If s/he can’t do this, (“But I don’t want to. I feel I have to…“) we’ve uncovered one of the learned rules that govern behaviour. Once the rule is articulated, the individual has the new choice of whether or not to keep it. (Don’t confuse having awareness & choice with the work of changing the habit of keeping the rule)

Exploring the framework of ‘shoulds’ in our lives is a good exercise for everyone.  For many people, the basic framework~ the ‘House of Rules’ ~ may not change much once they’ve drawn it, but having the choice about the house they live in makes all the difference in the world. The ‘shoulds’ are eventually banished by the awareness of choice and there is a complete paradigm shift for measuring …well, everything. This is a good thing.

Back to the ’20 Things Expats Need to Stop Doing’ ~ that list reads like the 20 Commandments for Expat Life and quite frankly, that’s a lot of ‘should nots.’ As an expat myself, I agree with most of the things Djibouti Jones says, but if I internalize them in the form presented, I’m setting myself up to fail because I’m human. In fact, #4 is just not on. I have done/do the tourist thing in Kuwait, and I actually like living here, but vacation in-country? Not. Nooooooooo. Isn’t gonna happen. Given that it’s framed as a commandment, I feel the urge to apologize for not obeying.

Djibouti Jones ably and often poignantly articulates in other posts on her blog that the only remedy for being human is grace ~ with ourselves and with each other ~ but there is no provision for grace in the law, no matter who lays it down.

So it is with the ‘shoulds.’ When internalized laws unconsciously drive us, the outcome is that we often end up at a destination chosen for us by others while we beat ourselves up for not arriving somewhere else.